Boris Johnson’s “negotiations with the EU” statement – Translated into truth: Turn the Tables. 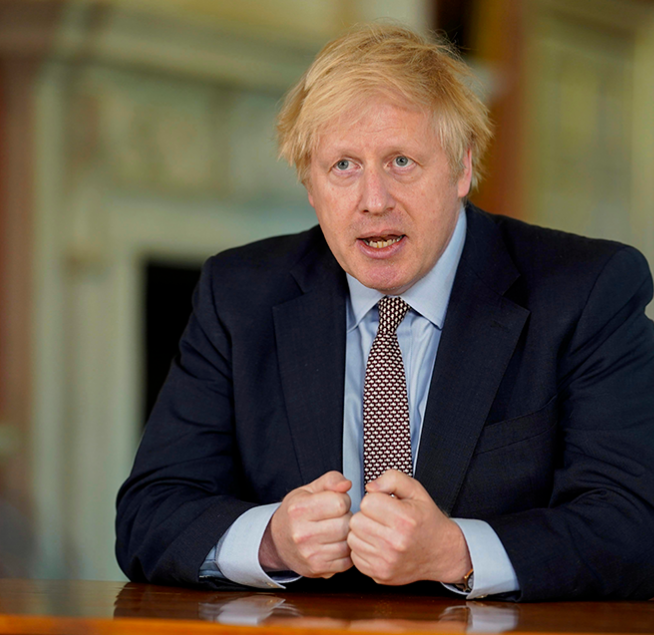 Its time to Turn the Tables. In this article, I am going to take the most recent statement by Boris Johnson on the topic of the UK’s future relations with the UK (7th Sept) and attempt to translate it into something a bit more honest.

We are now entering the final phase of our negotiations with the EU.

(Todays speech can be found here).

“The EU have been very clear about the timetable. I am too. There needs to be an agreement with our European friends by the time of the European Council on 15 October if it’s going to be in force by the end of the year. “

The UK government needs to agree with the EU negotiators on a deal by the beginning of October. That is the ‘no-deal’ deadline.

“So there is no sense in thinking about timelines that go beyond that point. If we can’t agree by then, then I do not see that there will be a free trade agreement between us, and we should both accept that and move on.”

Please don’t talk about or ask for more Brexit extensions, as we are not asking for any more. There will most likely not be a free trade agreement made between the UK and the UK. We should all accept this.

“We will then have a trading arrangement with the EU like Australia’s. I want to be absolutely clear that, as we have said right from the start, that would be a good outcome for the UK.”

“As a Government we are preparing, at our borders and at our ports, to be ready for it. “

To prepare our ports, we have Chris Grayling some money to hire a boat; and to make sure our borders were ready, printed loads of documents that tell people travelling to and from Northern Ireland how the new borde, erm, I mean customs checkpoints, work.

“We will have full control over our laws, our rules, and our fishing waters.”

When we leave the EU we will have control of our laws and rules although we won’t be allowed to send Asylum Seekers back to Europe as we do now. British Fishermen will still be allowed to fish in OUR fishing waters, with ‘ours’ being a key term.

Sadly that means no more scalloping in French waters.

We will have the freedom to do trade deals with every country in the world. And we will prosper mightily as a result.

Once we break the shackles of the EU, will be able to trade with great trading nations like Lebanon, Kosovo, the Palestinian Authority and the CARIFORUM trade bloc. Liz Truss is on the case; She is going to get the UK the best cheese deal you have ever seen!

“We will of course always be ready to talk to our EU friends even in these circumstances.”

Sadly, we still hold these silly negotiation meetings even though we don’t want to make a deal. The rooms were block-booked by Theresa’s team. We have to keep holding the meetings; Pretences are pretences.

“We will be ready to find sensible accommodations on practical issues such as flights, lorry transport, or scientific cooperation, if the EU wants to do that. “

It is our hope that the EU give in and allow us to use that illegal state aid thing, and that they let us keep fishing in their waters, then we can shake hands and the deal is done.

But alas, without state aid there is no deal, meaning we can’t make deals on flights, lorry transport, or scientific cooperation.

“Our door will never be closed and we will trade as friends and partners – but without a free trade agreement.”

We have no control over the future of Downing Street and have no legal right to stop you coming to the UK.

But, Most of us are moving to the EU anyway, so who cares!

“There is still an agreement to be had.”

If only the EU would agree to alow us to break the law, we know an agreement is possible if that can happen.

“We will continue to work hard in September to achieve it. It is one based on our reasonable proposal for a standard free trade agreement like the one the EU has agreed with Canada and so many others.”

We have made it clear to the EU that the deal we want is BASED on the Canada and Australia free trade deals. We just want to be able to break EU law and give rich businesses government money.

We know that neither Australia or Canada demanded this, but we are perplexed as to why people in the EU are so uptight on this.

“Even at this late stage, if the EU are ready to rethink their current positions and agree this I will be delighted.”

The EU has just over a month left to allow the UK to agree a free trade deal between the EU and UK that allows us to break EU law.

We believe the the UK must have the ability to break the EU’s laws as we see fit.

“But we cannot and will not compromise on the fundamentals of what it means to be an independent country to get it.”

We don’t understand what the EU’s problem is with state aid.

Independent countries should be allowed to break the law, I mean look at North Korea, thats all we want!

The power of Diversity – Why Ofcom was right to defend Diversity’s Black Lives Matter performance.