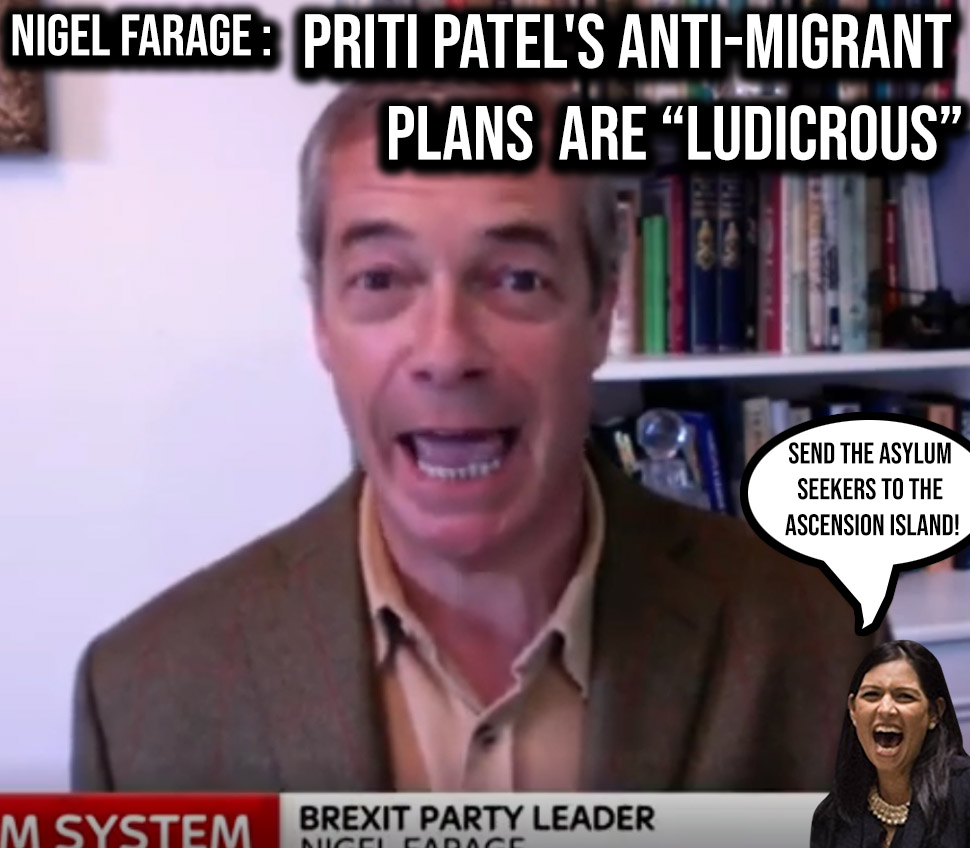 If you have aspirations of making life as difficult as possible for (LEGAL) asylum seekers to make it to the golden beaches of Kent from France. However, You would think Nigel Farage would approve!

In recent days, reports from the home office told how Priti Patel had commanded her team to ‘brainstorm‘ plans to stop migrants reaching British shores.

Amount the morally bankrupt ideas were plans to make a wall of boats to stop other boats getting to shore. An inflatable wall down the English channel. A murderous wave machine to push (overladen) small boats away from the UK. And, the icing on the cake; The ‘Ascension islands plan’ which would see asylum seekers transported (AT GREAT EXPENSE) almost 5000 miles to an island in the tropics which is SMALLER than the entire CITY OF ABERDEEN!

It is important to remember that Farage is no good guy when it comes to migrants or politics. But, Nigel directly calling Priti Patel’s plans to STOP immigrants ‘ludicrous’ really shows how detached the UK government, and esspecially Priti Patel are from reality.

Humanity seems to be a long gone memory for these psycopaths.