Government’s ‘Office for Science’ reports COVID-19 ‘R number’ is at 1.0! (but they did not announce it!) 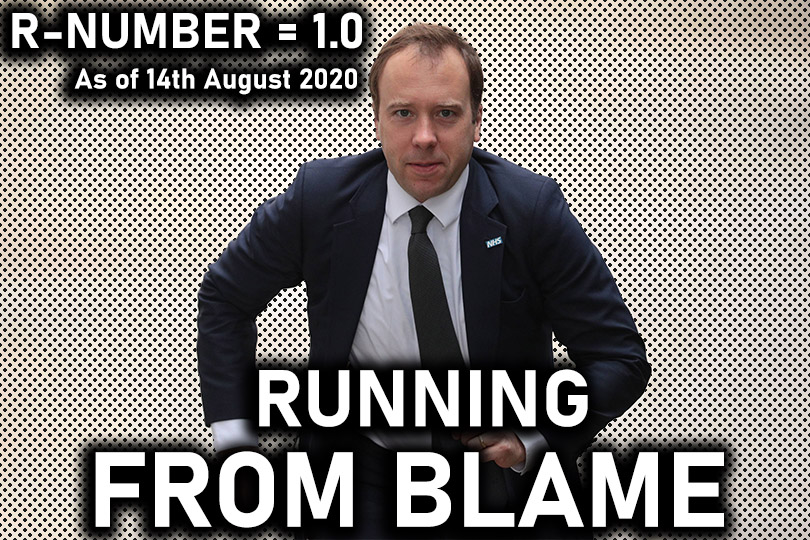 The Governments Office for Science released the most recent ‘R number’ report (as of Friday 14th August 2020).

IN previous weeks, R numbers were reported by the Department of Health (who notify us by email), but this week (for no reason) the department did not send the R number and intelligence reports, meaning we had to go on a departmental goose chase to obtain them!

Regardless, we finally got the statistic.

The report also gives the ‘Latest growth rate range for the UK’ which is stated at between ‘-4% to -1%‘ which is said to show that new Coronavirus infection rated in the UK are dropping; However, the dramatic rise in new COVID-19 cases in England (over 1000 cases a day), and a large amount of ‘local lockdowns’ and other regional rules point to a much different reality; One where COVID-19 is NOT on the decline.

Looking at England’s regions, only the South-East of England is not at the R1.0 level; every other region has the potentiality of being at R 1.0. Currently, the area with the highest Reproduction number (in England) is the North-West, where many are still living under lockdown rules.

The R number reports show that the UK’s infection rate is NOT slowing down or decreasing; with many asking if this is due to Governments obvious (and measurable) failure in stopping the second COVID-19 wave.

We are beginning to see the same reluctance in publishing data, and lack of transparency from the Department of Health that we witnessed back in March. If there is one thing Government should have learned by now that it’s better to be honest and transparent.

Making numbers hard to find, and ministers burying heads in the sand, will only lead in disaster; and a public feeling of distrust.

We usually track and report on the R-Number report from other sources. They have been slow as of late but as soon as they publish their view on the R-numbers we will report it!