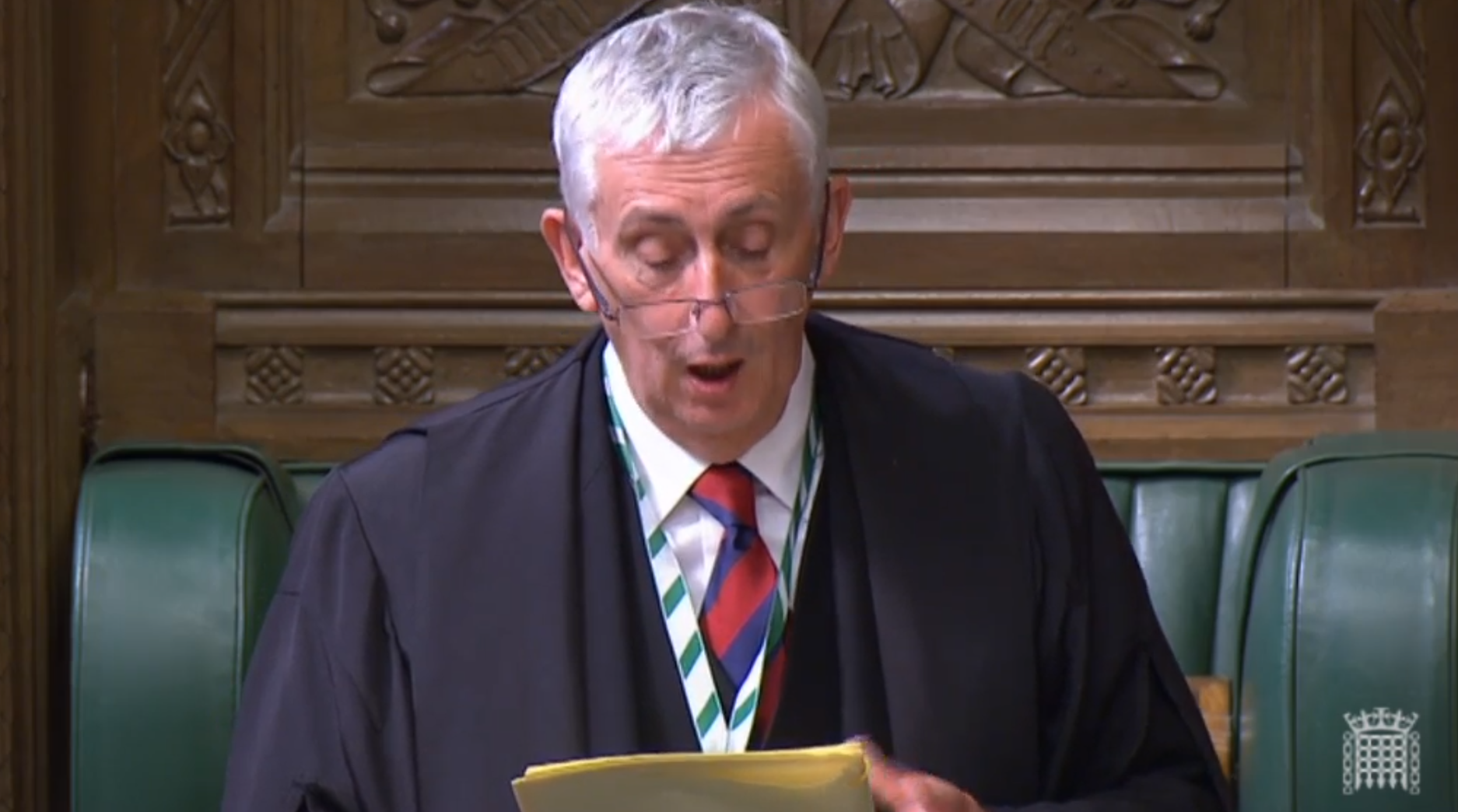 Todays divisions were described as ’embarrassing‘, ‘amateur’ and ‘farcical’.

This Evening, House of Commons ministers were able to test how the leader of the house, Jacob Rees-Mogg’s latest change to how divisions (votes) would happen during the COVID19 pandemic. In the lead-up to today’s sitting numerous MP’s from both sides of the house had called the plans ‘unworkable’, and in reality, this seems to be the case.

I wanted to use todays’ examples of the new Coronavirus voting procedure to look at how long the votes took and how many people voted, so we can work out the average voting time per MP. By doing this, it will allow us to build a picture of how future Divisions will have in the future allowing us to identify any issues which may arise in the future.

For the purpose of this analysis, the timed period for a division starts at the Speakers “Division” call and ends when the speaker starts to confirm the result.

The first division (vote) was on ‘Amendment (d) to House of Commons ‘Proceedings during the pandemic (No. 2)’. This division took a total of 45 minutes to complete, with 422 MP’s voting.

The second division was on ‘House of Commons ‘Proceedings during the pandemic (No. 2)’. This division took a total of 38 minutes to complete, with 419 MP’s voting.

Using the 2 divisions, we are able to work out the averages. We saw an average of 420 ministers voting per division, with each vote taking 5.869 seconds totaling to 2465 seconds, which gives us an average division time of 41.05 minutes.

We are not finished yet. The House of Commons has 650 MP’s, although the Speaker and the 7 Sinn Fien MP’s, while so far, our totals only account for 420 ministers.

Using the 5.869 seconds per MP vote average time, we can multiply that by 222 to give us the time which would have been taken for the rest of the house to vote. Adding the times for the additional 222 adds 1302 seconds to the total, giving us a grand total projection of 1 hour and 3 minutes per time (01:03:22)!

In the past, House of Commons divisions have taken around 15-20 minutes with them only going past that if an issue arises. While antiquated and there are (much) better systems available, it is a system that is mostly reliable.

This plan proposed by Jacob Rees-Mogg will only serve to waste time by extending usually simple proceedures. The House of Commons has the ability to use remote voting systems which would serve to speed up the process, but instead he wants to waste time.

It should not need to be said, but taking 63 minutes to do something which previously took 20, and which could be done in 5 minutes, is a terrible idea.

The new voting system Jacob-Rees-Mogg has proposed is also rife for abuse. Currently, ministers have to vote to many things in the commons, from calling recess to voting on elections.

The conventions of the House of Commons are unwritten rules and most of the decisions made do not require a division, as the decisions are not contested. This new procedure will provide insideous ministers on either side of the house to potentially filibuster debates by simply disagreeing with every procedure. Triggering hour-long divisions.

There are only so many hours in a day, and JRM’s plans seem to waste as many as possible.