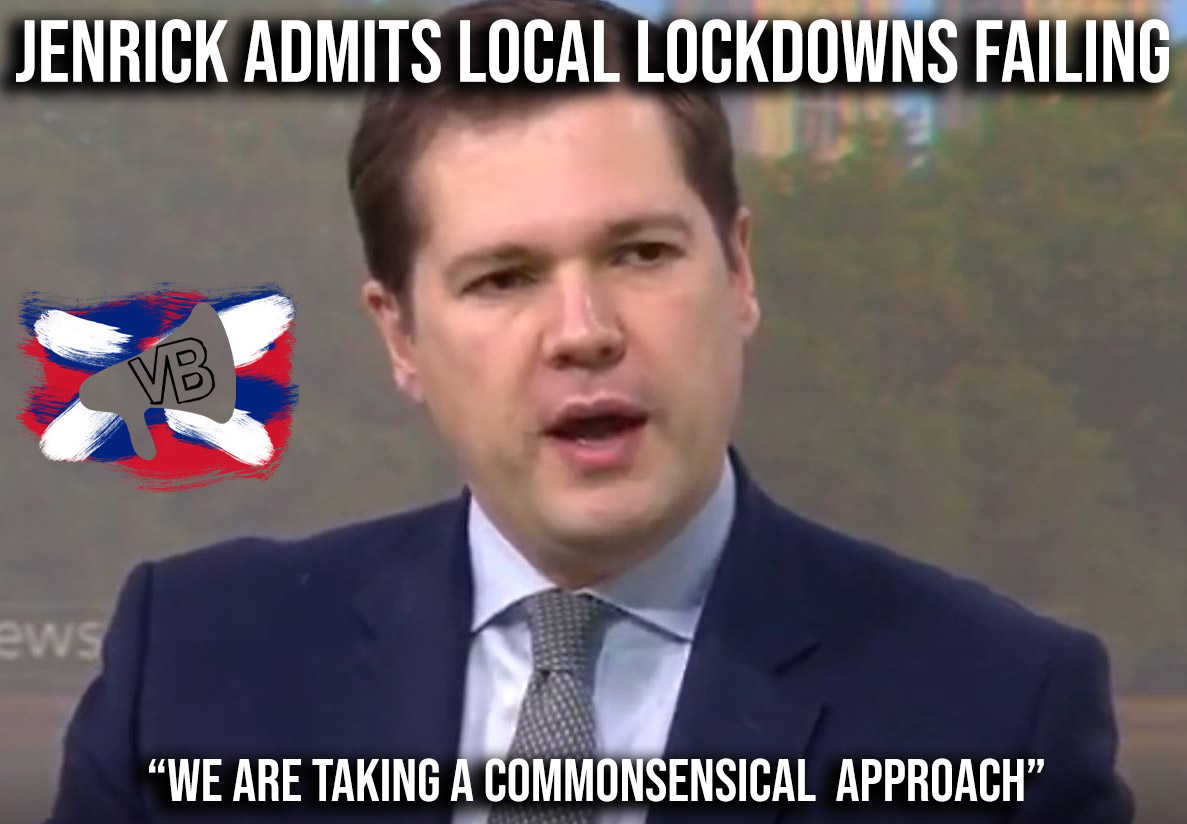 Minister for Housing and communities Robert Jenrick was forced to concede that Government’s local lockdowns have failed to stop the spread of COVID-19.

Appearing on Sky News, Jenrick was grilled on the rationale behind governments 10 PM curfew policy. Ministers and leaders from the hospitality industry believe there is no scientific evidence in favour of the curfew.

Jenrick explained to Sky’s Niall Patterson that the Government was taking a “commonsensical” approach to Coronavirus curfews. The government belief is that people catch Coronavirus from other people; so closing pubs and other venues at 10 PM should stop people mixing together.

The housing minister provided no scientific evidence that the curfews would work or evidence they have worked anywhere.

The reality of the curfews is that they drive more people into venues at the same time. This has led to problems in maintaining proper social distancing guidelines.

The curfews have also lead to city centres and public transport being busier than usual at 10 PM due to all venues closing at the same time. Experts argue that the curfews actually create more risk of viral spread.

Crowds of revellers flooding streets when the 10 PM curfew comes have become commonplace.

Patterson moved the interview onto the ongoing failures of England’s policy of ‘local lockdowns’. Recent statistics show that governments use of local lockdowns has been ineffectual at stoping Coronavirus; with infections climbing at an alarming rate in the face of ‘stricter’ restrictions.

Jenrick was quizzed about a University of Edinburgh study which indicates local lockdowns are failing. The study shows that out of 20 local lockdowns in England, only 1 area showed an effect slowing the virus.

Robert Jenrick defended governments policy by saying: “We know that if you limit contact between individuals, that helps reduce the rate of transmission.

“We know that, and we understand, in some of the places where we’ve imposed local restrictions, we haven’t yet seen the impact that we would like to have seen. And we understand that’s extremely frustrating to local people in those areas.

“However, it’s not correct to say that strategy isn’t working. Because if we hadn’t chosen to put in place those measures, then the rates of infection would almost certainly be higher than it is today.”

For once government at least sent a relevant minister to be the interviewed. Jenrick’s defence of the local restrictions is so earnest it’s almost cute. For instance, does he think telling viewers that the government know how the virus spreads will put people at ease? This is elementary stuff. How the virus spreads is broadcast on every TV channel, between every show; for more than six months now. Robert, we need a bit more!

The admission that ‘we haven’t seen the impact we would like to have seen’ is sadly as close as we will get to an admission. The fact government both knows and understands that the local lockdowns are failing, yet they are ‘seeing how thing play out’, is staggering.

Exactly what is it the Prime Minister waiting for? Local lockdowns have been used in all four UK nations since July, yet infection rates have continued to climb, exponentially. Coronavirus infection rates are out of control. averaging over 12,000 cases every day. I hate to labour the point, but what exactly IS it this seemingly inept government they are waiting for? A miracle? Iron Man? Doctor Who? Exactly what? I think we need to know!

The icing on the excuse cake is the good old fashioned conservative gaslighting. How DARE any of us look at the statistics and come to the conclusion they are doing a terrible job. WHO DO WE THINK WE ARE?! Jenrick’s point, that if government hadn’t acted things would be a lot worse, is as disingenuous as it gets.

The only ‘commonsensical’ here is the story the SCIENCE tells us; that the local lockdowns have done nothing stop COVID-19 infection rates from climbing.