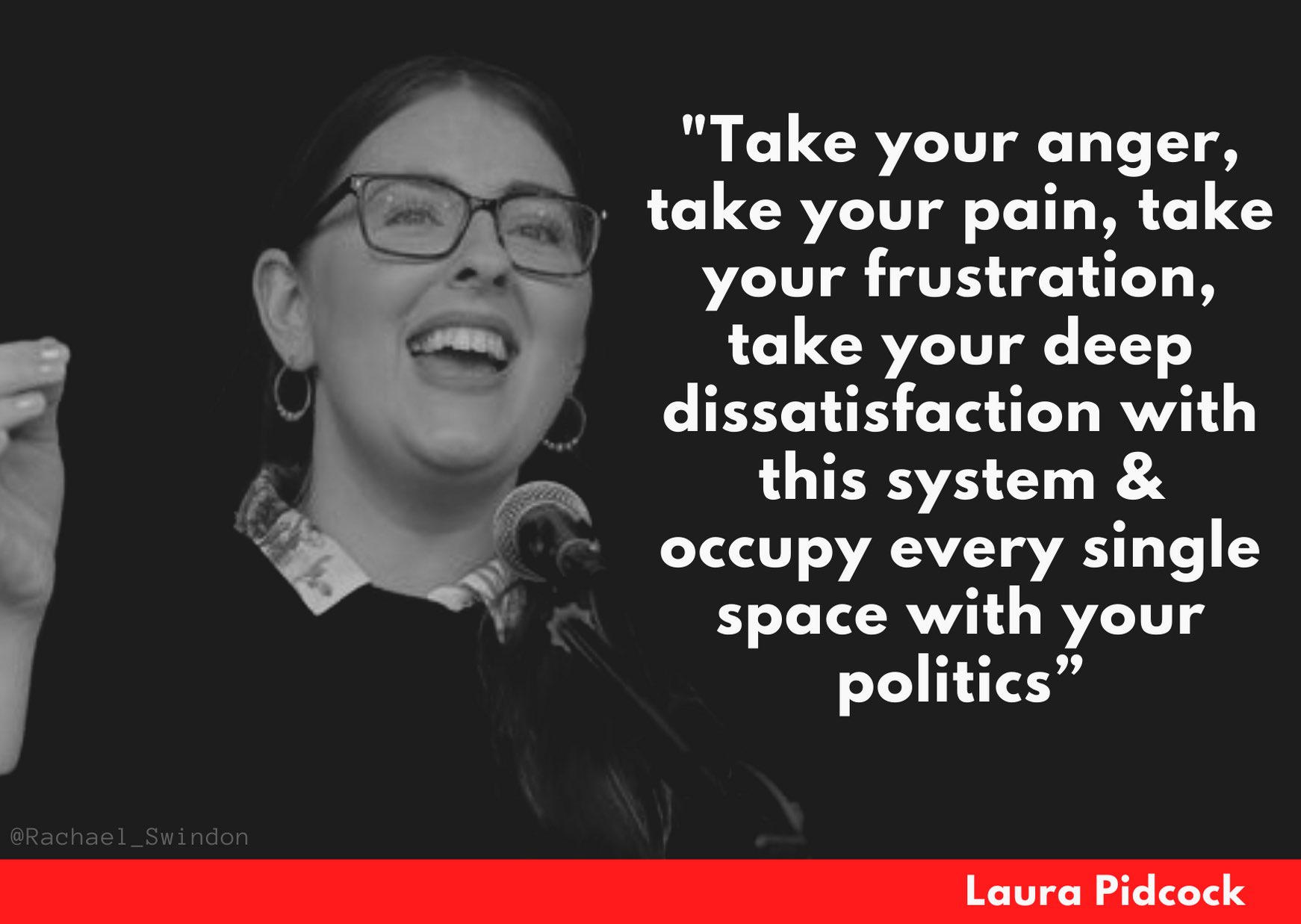 At Voice Britannia, we promise opinions, and opinions are what we deliver! Today, Labour activist James Foster shares his view on former Labour MP and current national secretary for People’s Assembly, Laura Pidcock.

There is no doubt that Labour and, particularly, ‘the left’ faced a heavy defeat in December 2019; we continue to pay the price for our disastrous u-turn over Brexit, one of the most successful character assassinations of all time, and a PLP that consisted of MPs who, shamefully, never accepted the decision made- twice- for Jeremy Corbyn to lead us; there were even some who rather he didn’t become PM.

Along with losing that election, we also lost one of our rising stars and someone who was tipped as a future leader of the party: the brilliant Laura Pidcock.

Laura Pidcock is a genuine Socialist, whose politics are rooted in the working-class, and she is now standing to be elected onto Labour’s NEC.

It is my belief, and I hope yours too, that she deserves our absolute support (along with our collective energies!) in ensuring she wins a place, so that she can be our voice in the struggle ahead; we need someone who is unafraid to speak truth to power and unafraid- & unashamed- to promote our core values of the left (values that Keir Starmer was elected on, which we must not now allow him to abandon!). There is no doubt in my mind that there is nobody more perfect for such a role on the NEC, at such a time, than Laura Pidcock. She is a true ally & someone we can rely on to truly represent us.

Laura, much like Jeremy Corbyn, always seeks to engage, to listen and to understand. She was able to bring members, & people outside the movement,  together, to inspire and to keep the hope alive. All so important for Labour’s future, rebuilding the left & defeating the Tories.

She knows how the corrupt, rotten and broken system works and that it isn’t working, that people’s lives are going to be seriously affected (as this Government continues to march ever further to the right), and that the state of the country and the future of the planet are under threat. And she has ideas, arguments and solutions to defeat, challenge & change all this.

So many of us on the left share Laura’s vision, her politics, and her understanding that we need a society that genuinely works ‘For The Many, Not The Few’. It is very clear this is not just a sound-bite for Laura; she says what she means and she means what she says, and this is reinforced by her continued action & a commitment to working-class communities; a rare quality to find in modern politicians who are, all too often, more concerned with their careers than they are working for the people they are elected to serve.

This organising, and the fight back, starts with winning seats on the NEC.

I’m not saying it’s going to be easy. And i’m not saying we won’t meet with challenges and frustrations along the way (indeed, we already have!), but remember: “by the strength of our common endeavour we achieve more than we achieve alone.”

Laura might have lost her seat in December but she didn’t abandon the movement and didn’t walk away from the fight. She rolled up her sleeves and got to work; focusing on moving forward and doing what she does best: speaking out against the injustices in society, championing the socialist vision and agenda and fighting to make life better for so many.

That takes courage and a commitment to the cause. We must learn from that. Indeed, it remains my belief that the best vessel for social, political and economic change in this country is through the Labour Party. So, it’s essential we have representation on the NEC: I firmly believe Laura Pidcock should be our representative.

Let’s go right back and remind ourselves of what Laura said in her brilliant maiden speech where she said that Parliament should be:

“a place that elevates equality, facilitates the power of the people, and esteems and properly funds a rich network of public services so that nobody is left in the indignity of poverty”.

That remains as true today as it was when she made those remarks.

Her voice is vital.

Let’s elect her to the NEC.

Voice Britannia aims to give a voice to the people of the UK and our cultural or political views. If you would like to work with Voice Britannia on a future project or article, please contact us at info@voicebritannia.co.uk with your ideas!