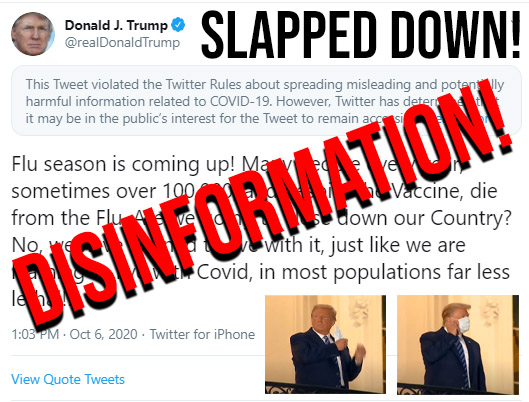 Less than 24 hours since the COVID-positive President left Walter Reed with a lung full of Steriods; A defiant Donald Trump got back on his Twitter soapbox to downplay the virus, comparing it to Flu!

In a typically ignorant tweet, Trump told his followers that ‘we are learning to live with it (COVID-19)’ and that its ‘far less lethal’. Twitter was quick to act, locking the post down. Twitter said they locked the tweet, but decided it was in the public interest for it to remain visible.

Do you agree with Twitter’s decision? Should they have left the post or deleted it? Tell us on Twitter!