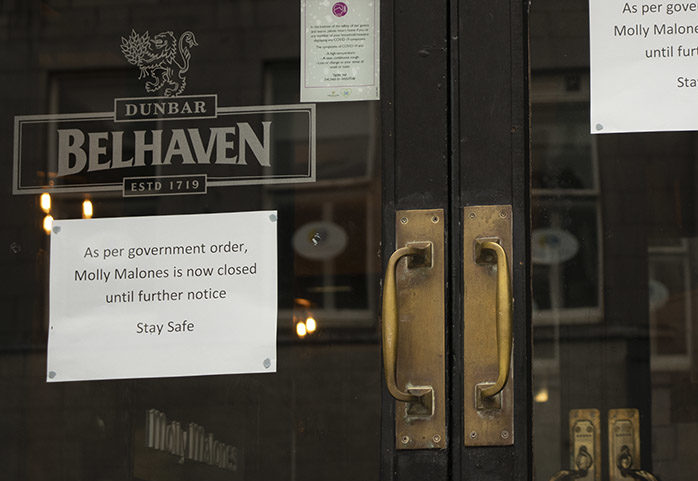 Nicola Sturgeon has addressed reports that her cabinet had already decided on a second temporary lockdown.

This Monday (5th October) Scotland recorded 697 new Coronavirus cases; And while deaths in Scotland are still relativley low, the huge exponential growth of the second wave has politicians worried.

Last weekend, Sturgeon denied Scotland would go into a second lockdown, indicating it was an option; however, the explosion in English cases seems to have pushed Sturgeon into making a decision.

Sources close to the Scots government told VB: “The fear is palpable. “Sturgeon has been backed into a corner. “Johnson’s team are making things more difficult by the day.”

Sources initially told VB “doctors have been told to expect Scotland’s second lockdown to begin Friday evening”. In reality, Sturgeon stated there would be no 2-week ‘circuit breaker’ lockdown.

However, The First Minister will announce new restrictions to the Scottish Government on Wednesday; Scotland will likely see stricter restrictions for pubs, bars and hospitality venues face.

The First Minister addressed the ‘legitimate’ reports about talk of a second ‘circuit-breaker’ lockdown for Scotland but told the public that she had to be frank about trying to keep the economy from collapsing.

The biggest issue facing Sturgeons plans for a second lockdown is related to Scotlands finance. Scotland is unable to continue paying workers sent home during a lockdown without the assistance of Westminster, who are set on ending furlough payments at the end of the month.

IN many ways Sturgeon is stuck between a rock and a hard place. The First Minister told the public that any decisions that are made will be announced tomorrow.