Pubs in England will open from 6 AM on ‘Super Saturday’ while COVID19 infection rates still at ‘peak’ levels. 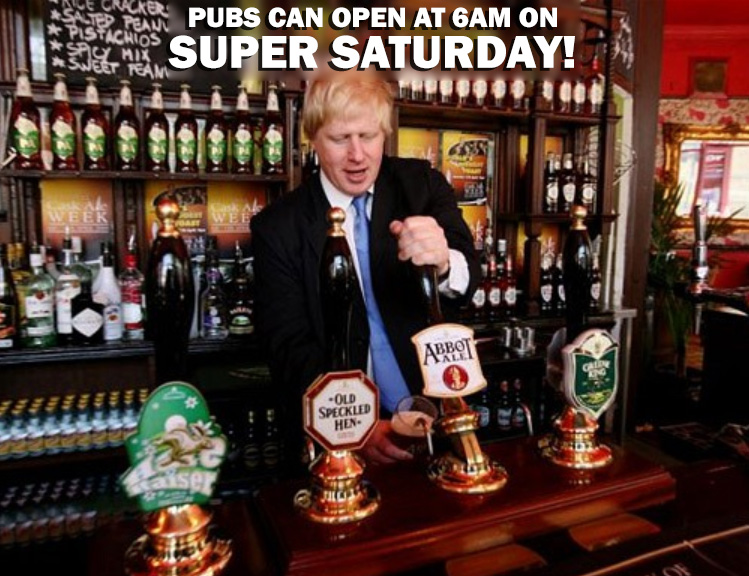 Government has announced that pubs in England will be able to open and serve Alcoholic drinks from 6 AM on the 4th of July; However, while Government are sprinting to restart their income streams, rates of COVID19 infections in England are still at PEAK levels!

As the excitement builds towards July 4th’s ‘Super Saturday’, and the reopening of much of England bars and pubs, Government announced the 6 AM opening advice, they say, to avoid waves of people heading to England’s pubs at midnight.

While Government and some of Englands pub owners are excited to open their doors and make some money, many other bar owners; and a large portion of the public, have said they will be staying at home and avoiding the pubs as fears of a second Coronavirus wave/peak grows across the UK.

Statistics found by Voice Britannia earlier in the week corroborates the Mainstream reports that show the rates of infection (R) around the UK might be higher than Government is telling the public.

A report by the Daily Mail this week showed that as many as 3000 new cases of Coronavirus are still being discovered each day in England; Which, even if half-accurate would represent a rate of infection which was seen within the UK’s first COVID19 peak.

If you are going to the pub this weekend, please wear a mask and stay as socially distanced as you can! Don’t take risks!

WILL YOU be going to the pub, or are you going to be staying at home and staying safe?