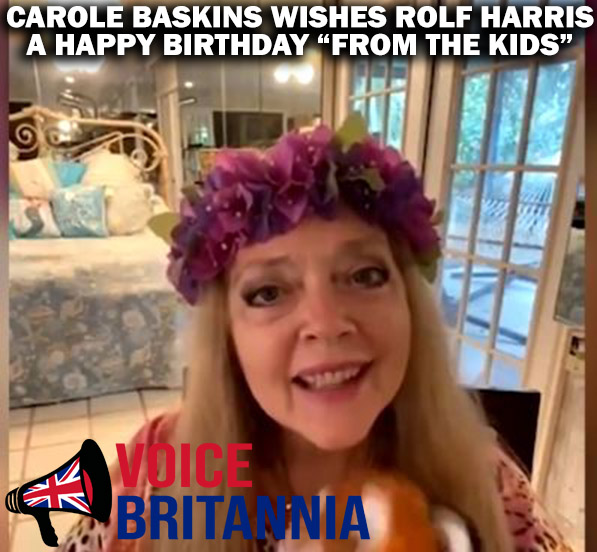 Tiger Queen Carole Baskins has fell victim to an extremely cruel, yet hilarious prank which has seen to her wish Australian/British sex offender, Rolf Harris, a “happy birthday” from “all the kids” he has “touched” in the past. But things just got worse!

In Baskins loving message to the sex offender’s, she said “Hi Rolf Harris,

“All your kids wanted to get together and tell them you have really touched them, and that they love all that you have done for them

” I hear there’s a lot of great stories about you and your best friend JIMMY SAVILLE – Can’t wait to hear those!

Rolf Harris is currently in jail after being found guilty on 12 counts of indecent assault against four girls and young women. Jimmy Saville is now dead, but was found to have been a prolific sex offender who abused Children, and was even said to have defiled CORPSES!

It is currently unclear who pranked Baskins, or why, but this incidence should come as a warning to the thousands of minor celebs who use Cameo as a way to supplement their incomes. Cameo is a platform where fans can purchase shout outs or birthday wished from their favourite stars, like Only Fans, with less nudity.

This is not the first time social media has been used to make an American star send a nice message to a convicted sex offender. In 2015, American Wrestling legend Hulk Hogan was made to look silly on twitter after he retweeted a fake birthday message to a twitter users ‘grandfather’, who turned out to be prolific sex offender Josef Fritzel!