Nigel Farage is the de-facto far-right Prime Minister of the UK! What does that make Boris johnson? 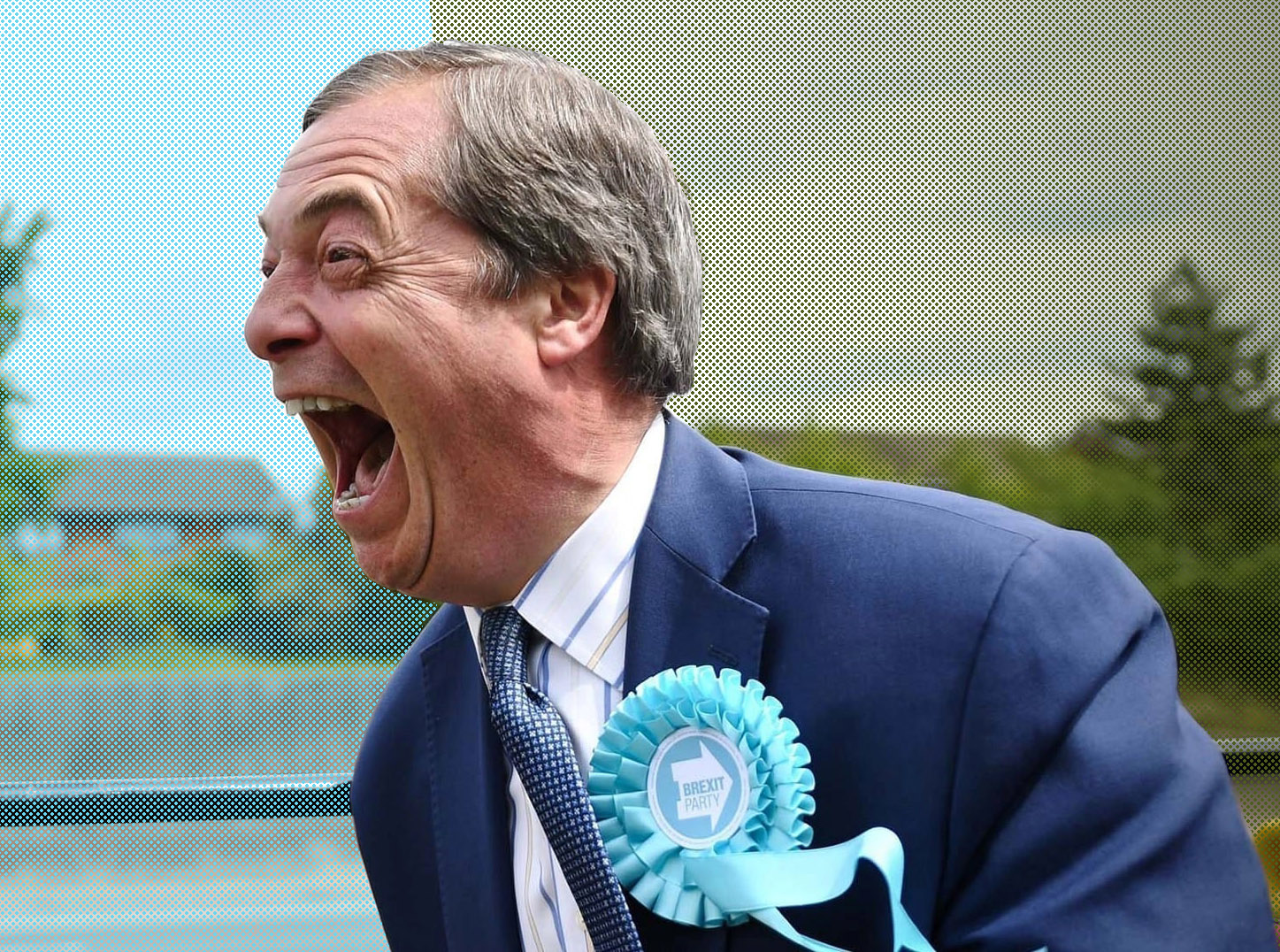 Let us start with the assumption that Nigel Farage is the de facto Prime Minister of the United Kingdom...

I’m not being hyperbolic here; a no-deal Brexit is being signalled by the nominal Prime Minister Boris Johnson, ostensibly because the Faragists want it.

The Downing Street double act of Johnson and Cummings are, in their own way, fundamentally uninterested in leadership. Johnson only wants to cut ribbons for TV cameras, but he doesn’t care where or why. Cummings only wants to smash things up; as leadership material, he is an arsonist, not an architect. For the last five years, the actual vision for the future of the UK has been dictated by Nigel Paul Farage, a former phone-in show host with seven failed attempts to become an MP on his CV.

With that in mind, we’re entitled to ask Farage two key questions – ‘what will you do to make our lives better,’ and ‘how are you going to do it?’

From past experience, we already know the answer – ‘nothing.’ Nigel Farage isn’t the guy who brings solutions, he’s the guy who brings problems. He’s a used car salesman who, when you try and return the last banger he sold you, cheerfully sells you another; rinse and repeat.

We can see this from history. Upon achieving his life’s work of winning an EU referendum, what did Farage do? He ‘retired.’ Farage didn’t stick around for the difficult, uninteresting bit, the bit where you have to deliver on promises.

The man had spent a decade and a half inside the EU, noisily advocating for quitting… and yet, he had no idea on how to actually deliver on his vision. Farage is a tradesman who comes around, criticises the work of the previous tradesman you’ve had in, but then walks away without telling you how to fix it.

It’s the same with his preferred model of Brexit. Back in 2016, he was advocating for a ‘Norway-style’ model, complete with retained single market status.

Fast forward a few years, and Farage has changed his tune again. For the 2019/2020 Farage, anything other than a ‘WTO’ Brexit (‘no-deal’ rebranded to sound clever) problem are always a mirage, disappearing when they get closer.

As he struts around the south coast looking for refugees to demonise, Farage’s ardent admirers speculate that following his lead will improve the country. We’ll be ‘safer’ by cutting immigration, or our NHS will be less strained.

Nigel Farage’s vision isn’t for a better Britain, it’s for a perpetual angry fanbase, and a richer Nigel Farage. If your goal is really to ‘make Britain great again,’ then you should have an idea of how you’re going to do it; Farage has none.

He doesn’t have the capacity to govern, and he doesn’t have the spirit to stick around and deliver on promises. We can apply many words to Nigel Farage, but I’d like to suggest just two – “useless,” and “coward.”