I voted for Richard Leonard, but he really should resign. – the Scotsplaining needs to stop! 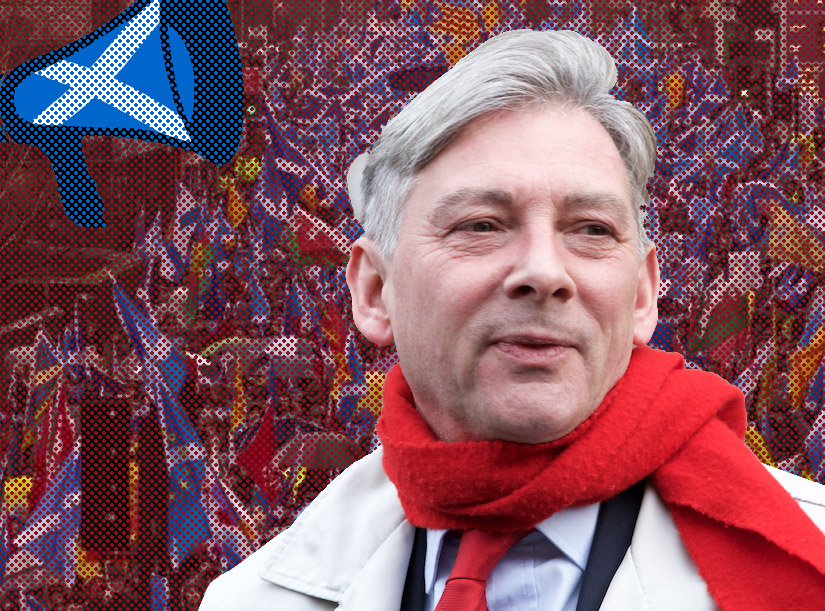 In 2017, I was one of the people who voted for Richard Leonard to become leader of the Scottish Labour party. Labour in Scotland is now in tatters, as Leonard has chosen to ignore the views of the Scottish people on a key issue, the political union which many scots are simply fed up with.

between 2015-2018 I was a member of the Labour party, I went to meetings and even the scots conference; I was ‘all-in’! Thinking back to the atmosphere of Scottish Labour at that point, it was not pretty. The party was then led by Kezia Dugdale who spent her press-time attacking Jeremy Corbyn and telling people to VOTE TORY instead for her own party.

Following Labours win-flavoured general election loss in 2017, Dugdale stepped down, with many citing her dislike of Corbyn and his growing popularity as her reason. This led to a leadership battle, and I was one of the lucky few with a vote.

I forget who all the candidates were at the time, but I cannot lie; when the candidates were announced, I migrated directly to the one who had the Corbyn stamp of approval, an Englishman called Richard Leonard. While I was a bit wary about voting for an Englishman to lead the Scottish branch of the Labour party, I went with the person who I thought could tone down the toxicity and unify the party, hopefully leading to future Scots and UK-wide electoral success.

Alas (AGAIN), I was wrong

In the months that follow I quickly became apparent that Leonard probably wasn’t the best person to lead the party. I attended the Scottish Labour conference in Dundee that year, and my fears were confirmed when during his speech he told the sycophantic audience about his wishes to keep Scotland in the UK; regardless of Brexit, or the fact that half Scotland at that point wanted out of the UK.

For me, the optics seemed terrible. Here we had Leonard, an Englishman, standing on a Scottish stage and telling the Scottish members of a Scottish party, that we should suck it up and be part of an unfair political union whether we like it not. It baffled me that the leader of a party in Scotland could be this short-sighted. It was clear that Leonard had no intention on respecting Scotland identity.

This was part of my reasoning for leaving the Labour party, and one of the experiences that led me to realise party politics, and its weird sycophantic kliqs, are just not for me.

Jumping from 2018 to the present day, nothing has changed, well, except that far-right crypto-commie Boris Johnson has took control of Westminster, and Scottish Labour has lost all but one MP.

Like I said before, the Scottish Labour party is in tatters!

The 2019 General election was a horrible experience. While most people in Scotland wanted to be rid of the Tories, It is not as simple as just voting Labour. Richard Leonard’s pledge to not discuss Scottish indepdence created an existential barrier that many of us simply could not get past.

Scottish people have learned that no matter who holds power in Westminster, Scotland will be treated unfairly. So when the Scot’s Labour candidates were announced, and they all preached Leonards pro-union message, my heart sank.

It was game over for Labour in Scotland.

As much as the UK needed a Labour clean sweep in 2019, there was no way in any good conscience I could vote for my Labour candidate. Like many in Scotland, I felt it was my duty to vote for the candidate I believed would fight for Scotland, and Aberdeen South, in Westminster; so my vote went to the SNP. On a local level, we won the battle, we got rid of Ross Thompsons temporary replacement, and rid Aberdeen of Tory MP’s. But we lost the war. Although there is no way Scotland CAN ever win a Westminster political war, it’s physically impossible. It’s a rigged system.

If Scottish Labour wants to start recovering and win back the support of disenchanted left-wingers like myself, then Richard Leonard has to go.

Scotland did not vote for a Tory government, and we never voted for Brexit, yet we are ruled over by Boris Johnson and are to be pulled out of the EU; Yet Leonard continues to advocate that remaining in the British union, and in turn under Boris’s thumb, is the best course of action.

Leonards political messaging and constant advocation of ‘the union’ is so drastically tone-deaf that It verges on satire, And that’s the problem. His commitment to the British union will always take precedence over Scotland, the country he wants to lead, and It all feeds into the centuries of ideological-institutional gaslighting against the Scots by English politicians.

The Scotsplaining needs to stop!